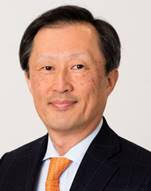 Youngsuk ‘YS’ Chi is an international businessman and a leader in the media and technology industry. His primary role is as Director of Corporate Affairs and Asia Strategy for RELX Group, responsible for government affairs, corporate communications, and corporate responsibility for Elsevier’s parent company.  As non-executive Chairman of Elsevier, he works directly with governments, Elsevier customers and in industry associations worldwide.  Additionally, Chi is the Immediate Past Chair of the Association of American Publishers, and also completed 6 years of service as the President and Past President of the International Publishers Association.