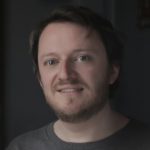 Dan Kieran is the CEO and Co-founder of Unbound. Dan is also the author and editor of ten books including Crap Towns – the first viral internet phenomenon to turn into a Sunday Times bestseller, I Fought The Law – an exposé of the Blair Labour government’s use of anti-terror legislation to crush lawful protest, Three Men In A Float – the story of his journey across England in a 1957 electric milk float in homage to Jerome K. Jerome and The Idle Traveller – a homage to the art of slow travel.