Chris Riddell is an influential figure and extraordinary creative force in the publishing world. He has won many awards including the UNESCO Prize, the Greenaway Medal (on three occasions) and the Hay Festival Medal for Illustration. His books includes the highly-acclaimed Ottoline titles and the 2013 Costa Children’s Book Award-winning Goth Girl and the Ghost of a Mouse. Chris has also achieved global success through his New York Times best-selling collaboration on The Edge Chronicles with Paul Stewart and through his illustrated works with other high-profile figures including Neil Gaiman and most recently Roger McGough. Chris is also a renowned political cartoonist whose work appears in the Observer, the Literary Review and the New Statesman. Appointed the Waterstones Children’s Laureate 2015 – 2017 he is an eloquent spokesperson for literacy and the importance of books, art and creativity in everyone’s life. He has recently become President of the School Library Association and is also an ambassador for Amnesty International. 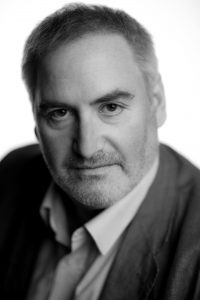